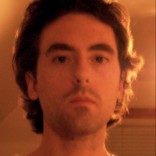 Pack your bags we’re heading South of the Border! Yes, that was the marching orders to the Trump staff this morning as they prepare the final touches to his long-awaited immigration speech. Mind you, this is second time he’s rescheduled his immigration policy speech. A dubious note, considering immigration has been the cornerstone of his campaign since he descended the golden elevator surrounded by paid actors pretending to be jazzed about his entering of the primaries. Since then, Trump has said Mexicans are “rapists” “murderers” and “thieves”. He insisted on constructing a border wall that the Mexicans will pay for as well as a deportation force that is on one week and dismissed out of hand the next. Amnesty has been ruled out, as has a path to citizenship, only to be considered, and then ruled out again.

As far as we know now? I’ll quote his third campaign manager, Kellyanne Conway, when she was asked to the specifics of his policy, “To be determined”. The fact she can say it with a straight face speaks to her professionalism or soullessness, I haven’t determined if the two are mutually exclusive qualities yet.

Considering that Trump has rescheduled this speech multiple times while dodging any details whatsoever only speaks to the uncertainty his camp is facing. If he breaks hard for the nationalist fervor that got him this far and continues to spin the unrealistic sloganeering of a border wall and deportation forces exiling eleven million people he will keep the Base that brought him to the table but it will cut him off from the growing demographics that see him as an unelectable bigot. If he tempers his message, offering a path to citizenship, he will risk upsetting his core constituency and being seen as weak. A man made purely of hubris and spray tan cannot suffer such an indignity, nor can he suffer ignoble defeat in November. Hence, the twisting in the wind and his eleventh hour pilgrimage to Mexico.

And let’s put some details to these “eleven million” he’s always referencing. These eleven million are directly plugged into our economy. These eleven million are part of our nation’s work force and despite Trump’s claims, the vast majority pay taxes. Imagine yanking eleven million workers and taxpayers out of the economy on top of paying for the infrastructure necessary to handle the mass deportation. Republican strategist, Stuart Stevens, explained that Trump’s vision, if carried out, would lead to “a recession at best. Most likely a depression.”

And why not travel out of the country with ten weeks left before the election? It’s not like you have a national debate to prepare for. No, I’m serious. He doesn’t. Despite calls from even his most stalwart defenders, like Sean Hannity, Trump has repeatedly pushed back against any kind of debate preparation. He has expressed zero interest in mock debates, despite Conservative radio host, Laura Ingraham, offering to play the role of Clinton. Even the disgraced former head of Fox News and former Nixon speech writer, Roger Ailes, showed up to help. Trump, reportedly, would have none of it, opting instead for a brief bullet list of possible topics. He wants to come off natural and unscripted. Of that, I have no doubt. Unlike the Republican Primary debates where the time on stage was divided over a dozen suitors, Trump will be forced to answer extended policy questions without a Rand Paul or Mike Huckabee tossing out a lifeline. He’s calling for a spectacle and wants it to be seen by more people than the Super Bowl and expressed wishes for the debate to carry with it a “Wrestlemania” type atmosphere. No word if he’s yet to read up on what the Nuclear Triad is, however.

It comes as no surprise that he is seeking to turn the debates to a meaningless pageant as his entire campaign has been nothing more than the same farce. One must marvel at the thoroughness of the campaign’s inanity, even down to his “doctor’s” note. First off, let’s note that the name at the top of the letterhead of Dr. Harold Bornstein is that of a different doctor, a Jacob Bornstein, that passed away in 2010. Not a general physician, but a gastroenterologist, Dr. Harold Bornstein offered one of the shortest and cryptic letters of good health in modern political history. For starters, it opens with the typo, “To whom my concern…” Bornstein goes on to attest to Trump’s lab results as “astonishingly excellent”, you know, typical medical jargon. Attesting that, Trump would be the “healthiest individual ever elected to the presidency.” Compared to corpse of Millard Fillmore… I guess? One has good reason to question the thoroughness of the examination. As the good doctor told NBC News, he wrote the letter within five minutes as Trump waited outside in his limousine. But even in the brief window he was given, Bornstein’s diagnosis knows no bounds. Even when it regards a wholly different branch of medicine. Bornstein went on to attest, despite having no qualifications on psychology whatsoever, that “his health is excellent, especially his mental health.”

Why the glowing review, why all the hyperbole? “I like Donald Trump,” Bornstein gushed during the NBC interview, “Because I think he likes me.”

At this point, I expect nothing else from a campaign that has to be some college kid’s theatre project as a tribute to Andy Kaufman. Because, if the aforementioned was not enough, Dr. Bornstein’s website links to a page that sells the “annoying teddy bear”, a stuffed animal that retails for 19.99 and sings the Happy Birthday song for three hours without stopping.

Not kidding. And while we’re on the topic of retail, try this on for size.

Trump’s campaign headquarters is located in Trump Towers, of which, Donald Trump owns. He also charges rent to the offices within the tower, of which, includes the Trump campaign. So wait, he charges himself rent? What would be the point? Oh, that’s right, because he pays that rent from the donations made to his campaign. If that was not bad enough, according to a recent Huffington Post article, the moment after he started accepting campaign donations to pay the rent (that goes back to his pocket), that rent skyrocketed five times the original price (all paid off by campaign contributions). To put a number on it, rent for Trump Tower office space went from $72,800 before his donors were footing the bill to $169,758 after they were left to hold the bag. And why not, it’s all going into his pocket win, lose, or draw.

Additionally, The Daily Beast reports that Trump used campaign donations to purchase $55,000 worth of his own book, Crippled America: How to Make America Great Again, from bookstores at retail price in order to recoup the royalties he will gain from their purchases. Handing these out to supporters is a valid campaign expense, even if it comes from those same donors. Making a buck off the back end of it? Not so good. A spokesman for nonpartisan Campaign Legal Center, Paul Ryan (a different one), added that, “it’s fine for a candidate’s book to be purchased by his committee, but it’s impermissible to receive royalties from the publishers. That amounts to an illegal conversion of campaign funds to personal use. There’s a well established precedent from the FEC that funds from your campaign account can’t end up in your own pocket.”

From malfeasance of money to malfeasance of morals, we shift to America’s best known racist, David Duke. Duke continues to ride the coattails of Trump’s nationalist campaign as he makes his own bid for Senate, openly name-checking Trump in his campaign robocalls. Trump has disavowed Duke, but only after months of soft-soap deflections for not wanting to write off the whole of the white nationalist voting bloc. Like much of the Trump campaign, it is too little, too late. The stink is permanent. There’s no washing off of the stamp with which Trump’s been indelibly marred. His campaign is synonymous with racism and xenophobia. Surrounded by a predominately white crowd, Trump spoke to the black community, both as a whole and in proxy, saying in part, “You live in poverty, your schools are no good, you have no jobs, 58% of your youth is in jail” before asking, “What the hell do you have to lose?”

That is not going to fix that perception. Nor will it help to continuously ambulance-chase tragedies by posting self-congratulating tweets as he did following the massacres in San Bernardino, Orlando, Brussels, and most recently, following the murder of Dwyane Wade’s cousin, Nykea Aldridge. Without even taking the time to correctly spell Dwyane Wade’s name, Trump bragged that he was right about the violence in Chicago and ended the tweet in all caps, “VOTE TRUMP!”

I don’t know what is going to happen south of the Rio Grande today. But if the candidate’s past is any indication, it will be a sideshow spectacle intended to distract from the growing list of deficiencies to which his candidacy gets bludgeoned on a daily basis. I don’t think there will be a definitive speech on his immigration policies tonight, as he has promised time and again. Even if he does end up talking to a crowd tonight, I expect more self-congratulations regarding his Mexican day-trip than the actual substance therein. Instead of a functioning immigration policy, look for him to take a photo op in front of the border checkpoint while wearing a stupid hat. His interaction with Mexican officials, whether positive or negative, will be cast by his phalanx of dim bulb surrogates as a “policy meeting”. The details of which will be laid out “in good time” but I guarantee we will hear more talk of “throwing the bad ones out” and “making Mexico pay for the wall”. This, because, Trump loves the sound of easy applause much more than he’s ever cared for Hail to the Chief. 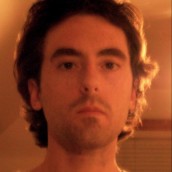